I'm a crafty person....to an extent. I can paint, use a hot glue gun, even use a few power tools but sewing is not in my list of skills.
I wanted to make a crib skirt because my white one had a mysterious large stain on it and I didn't want to buy a new one. I'm a cheap crafty person. I wanted something fun and different. Mainly, I wanted something no one else had! I like to be a little different, not much, but a little. 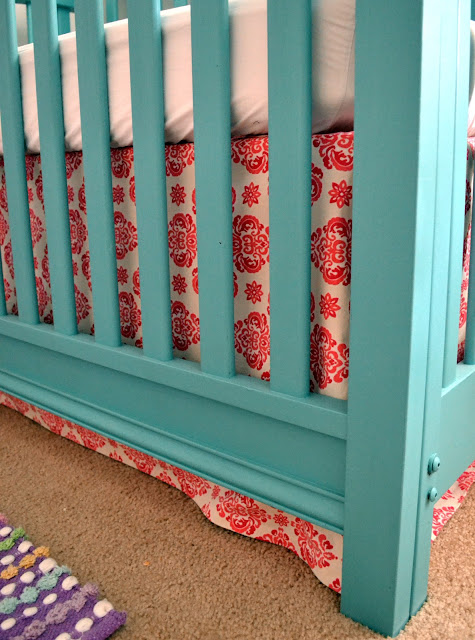 Since I can't sew I googled no-sew crib skirts and found three helpful tutorials. Numbers also hurt my brain....I'm serious, I get flustered and confused and once fractions are thrown in I'm a mess. Fear not if you are the same as me and you are wanting to make a no-sew crib skirt. This was painless and reasonably easy.

If you've bought nursery furniture you know it all looks the same. It's either a dark espresso, white, or light brown. I wanted a nursery that wasn't like every other nursery but I wanted to use the same stuff we bought for our first baby. 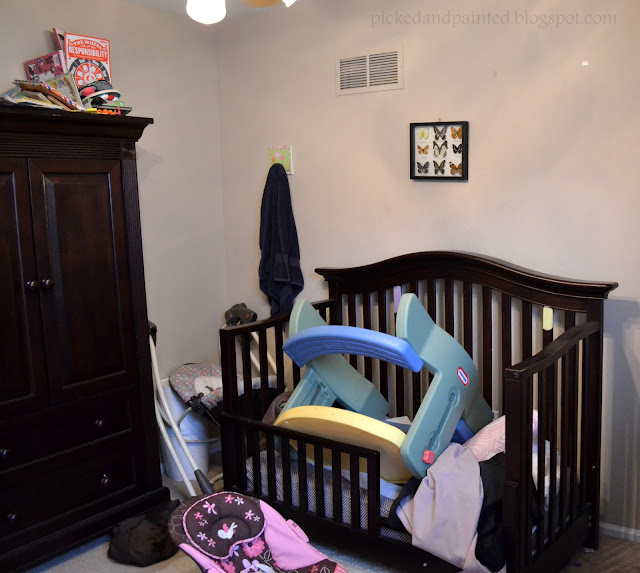 In the midst of getting the nursery (aka: storage room for junk) painted I was able to get this picture. We had the dark espresso furniture and my taste has lightened over the years. This look is way too dark and unoriginal. 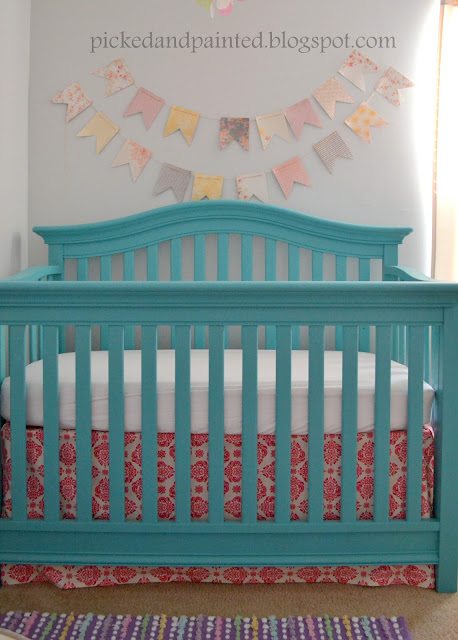 However, this look is right up my alley!

I didn't make a tutorial for the skirt I made BUT I will be sharing links to the three tutorials I used as a reference.

Kelly from a View Along the Way gives great tips on measuring and different ideas on attaching the skirt.

Do It On a Dime Family has a great video tutorial on YouTube. She actually referred to a tutorial she found from Young House Love which is very helpful.


Helpful hints:
I bought 2 yds. of fabric and had 1/2 a yd. left over. I bought the fabric at Joann's and it's called Lola by Waverly Home. Make sure to get 54" fabric or else it won't be long enough. I also only made a 3-sided skirt (nothing on the back since it's up against the wall).

Total I spent $25 for fabric and no sew hem tape. If I would have used a coupon for the fabric I could have saved a little more cash. I also had the Velcro on hand so I didn't spend any money on that. I'm sure a few people will say you could buy a crib skirt cheaper but there's no way it would look this cute!! You could also add some cute pom-pom ribbon to the bottom or ruffles but the cost would be a little more. 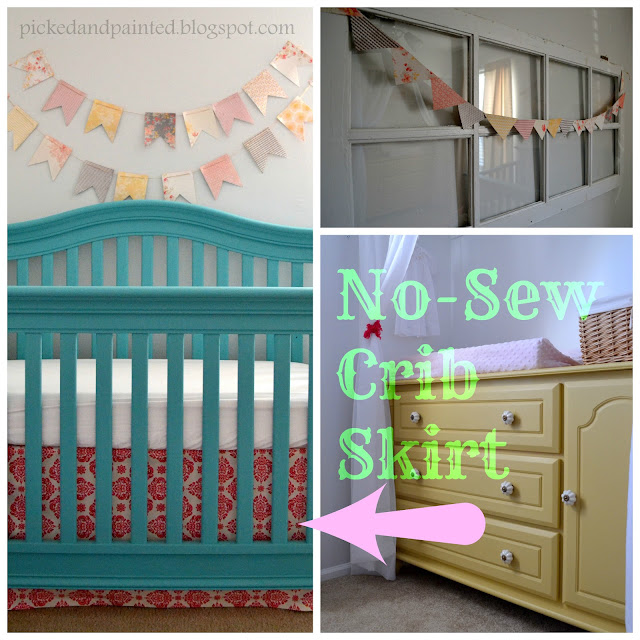 Here is a sneak peek of the nursery. So far, I think it's pretty original. I'm currently working on a nursery reveal that will give details on paint colors, bunting paper, art work, etc. Stay tuned!

Helen
I pick and find great pieces of old ugly furniture and make them pretty again. You can find more info in the "custom work" tab.