Happy weekend, even though it is almost over. I have a very quick before and after. I found this dresser on Craigslist last year and had it in my inventory for a while. A lady named Marta saw it and wanted to use it as a TV stand. 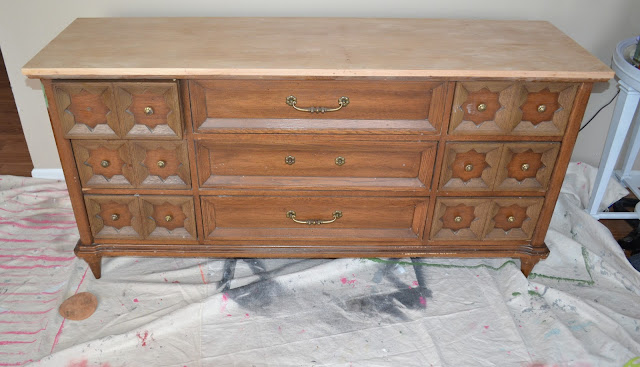 I snapped this picture before we loaded it up for delivery. Marta found pulls at Lowe's which were on clearance and in limited quantity.  Thankfully, she was able to find enough for this dresser but we had to wait to add the hardware until we delivered so I don't have many after pictures. 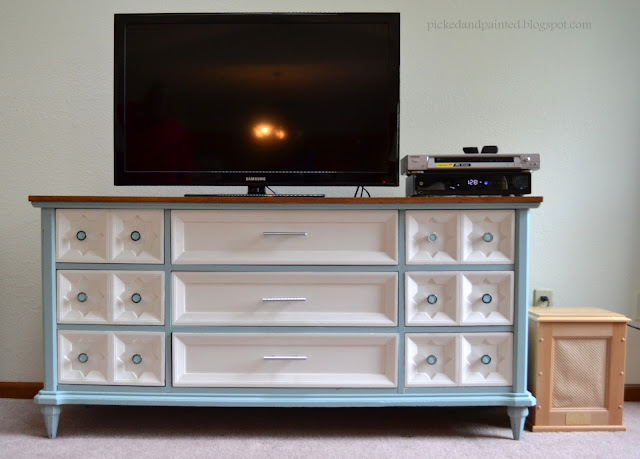 She decided to keep all of the drawers and house her electronics on the top or on another table next to the TV stand. We didn't center anything for these pictures....it was just a quick after shot. 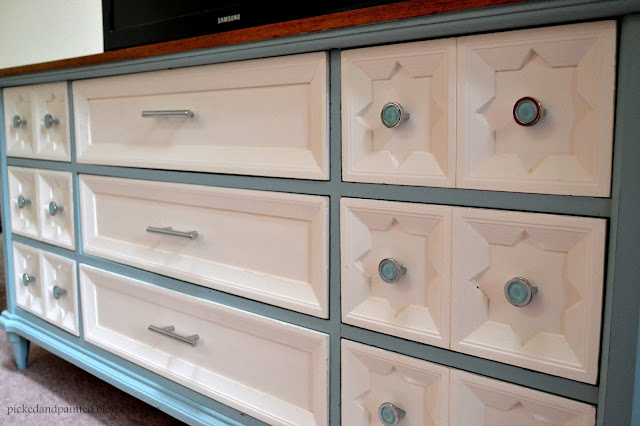 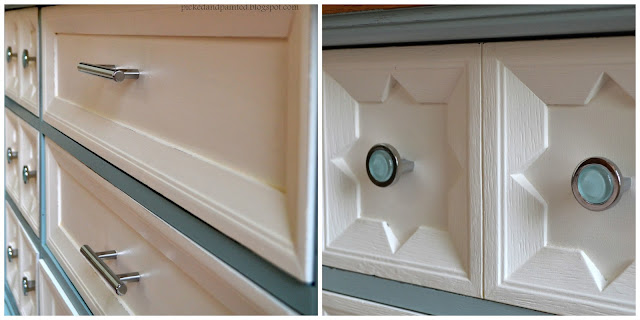 I love how the hardware matches the dresser perfectly. I also like her choice of knobs.....it's so modern and different.

I have to share the picture of her kitty Mattie (he really wanted to be included). 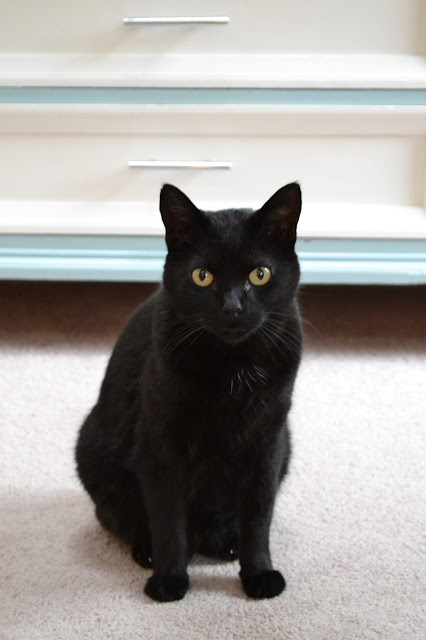 Helen
I pick and find great pieces of old ugly furniture and make them pretty again. You can find more info in the "custom work" tab.